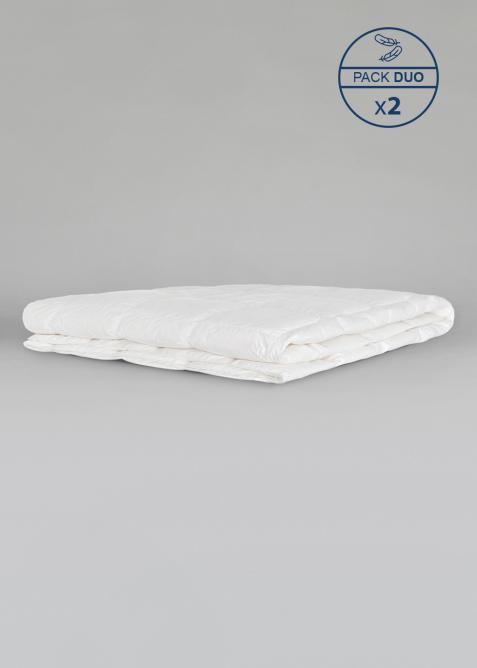 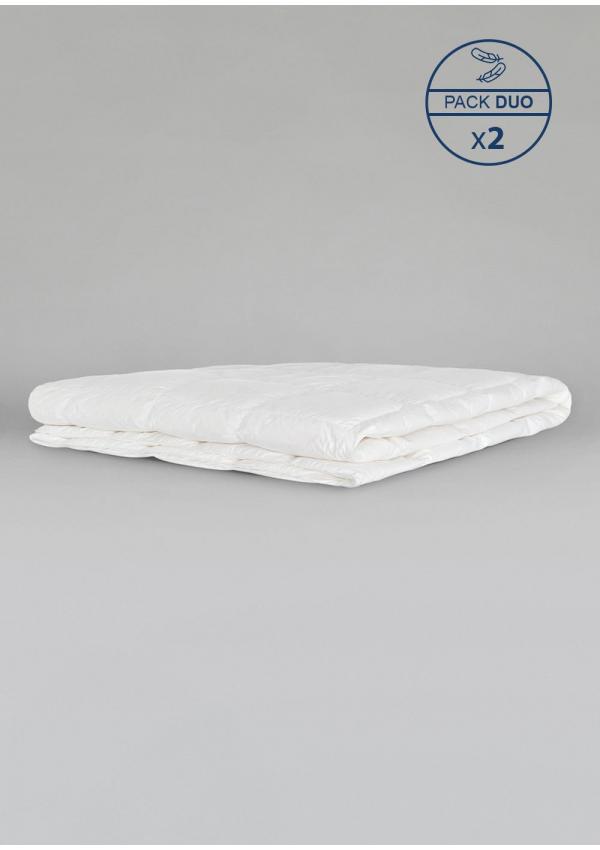 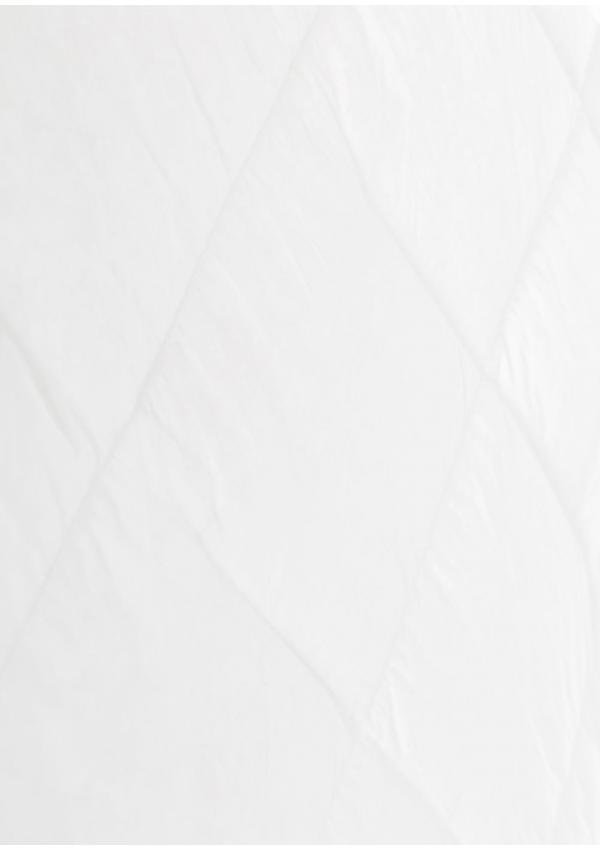 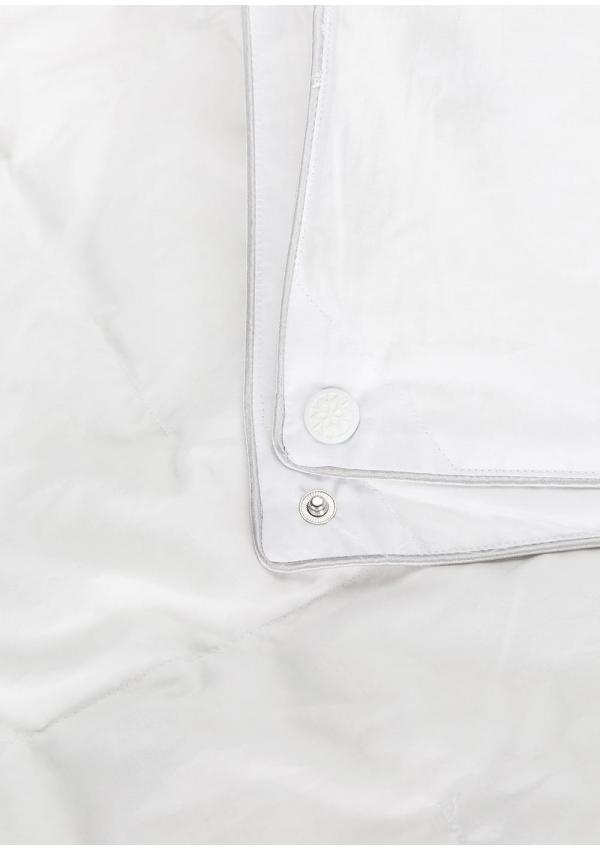 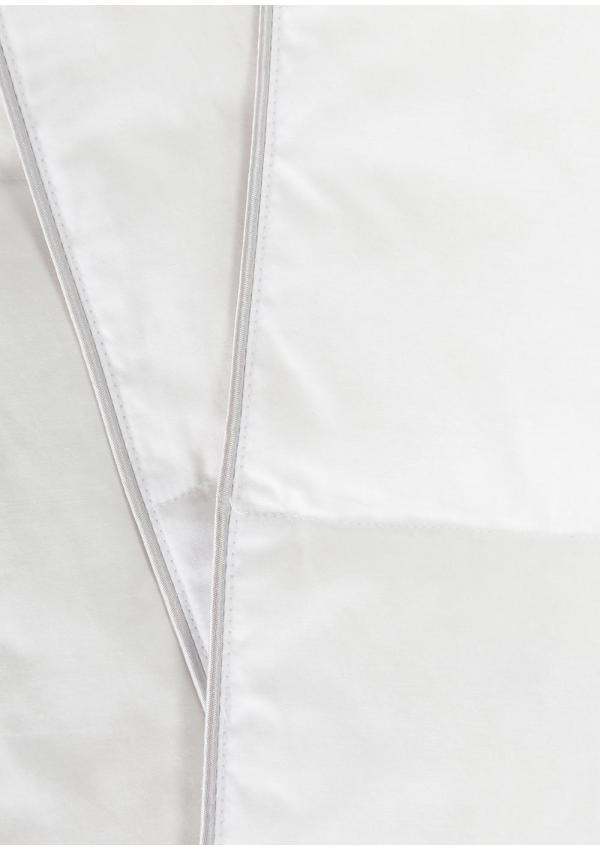 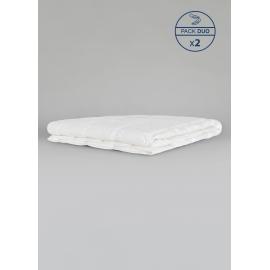 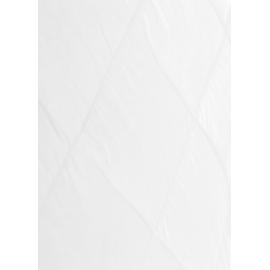 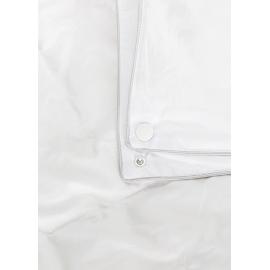 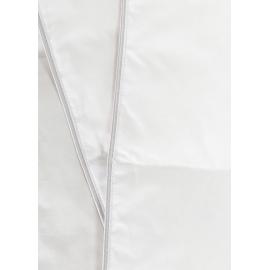 The Moorea Duo 200 duvet pack consists of two summer duvets that can be combined according to the season and temperature changes. This pack of two duvets is particularly suitable for temperate rooms, and this for the whole year. Combine the 2 duvets to create a winter duvet with a TOG of 9 (perfect for room temperatures of 18°C to 20°C), or keep only one of the two duvets in the spring/summer season. This single one will offer you softness and lightness with its TOG of 6.5 and its filling of 100 g/m2. The duvets are easy to combine thanks to the snap buttons. Filled with white French goose down, these premium duvets are enhanced by a satin cover. If you are hesitating between a temperate duvet and a summer duvet, this Moorea Duo 200 pack is for you! Other Moorea packs are also available, such as the Moorea Duo 250 (summer duvet + temperate duvet) and the Moorea Duo 300 (2 temperate duvets).

All our natural-filling duvets come with a five-year guarantee.

Which duvet for which bed ?

The choice of the duvet size depends on your type of bedding and furniture. The 'drop' of your duvet should be enough to avoid any entry of cold air. It depends on your body size and your tendency to move around while you sleep.

In order for a PYRENEX bedding product to retain all its properties and softness, we indicate the following recommendations:

• For an optimal use of your product, we recommend that you take it out of its packaging at least 24 hours before the first use so it can get all its fill power back up.
•  Shake it daily so that the filling remains well distributed.
•  Reverse the top and bottom of the duvet every two weeks.
•  On a sunny day, extend it between two chairs or at a window for a few hours to air it out as often as possible; the recommendation is at least three times a year. (Avoid hanging it on a clothesline.)
•  Machine wash and dry according to the care instructions provided or entrust it to a professional.
•  Wash your duvet and pillow once or twice a year.
•  Pillows: tumble dry for 30 minutes every two months to retain the loft.

A duvet placed in a ‘duvet cover’ does not require frequent washing. If there is an unintended cause compelling you to wash it, it is essential that you follow the washing instructions and, preferably, that you avoid washing it more than once a year. If this is done properly, this annual wash will restore all its lightness and loft.

Washing tips: (refer to the product label)
•  Pillows washable in a machine drum of 5 kg.
•  Duvets: in a laundrette with a drum-type of washing machine of 15 kg.
•  In terms of the washing agent, we recommend using a liquid detergent and adhering to the dosage. A liquid detergent is more soluble and will rinse much better. For a duvet with a natural filling, the volume and suppleness should be preserved by using a ‘special wool’ detergent. All our natural duvets come with a dose of soap for 5 washes
•  Five or six rinses are necessary.

Drying, machine-dry, soft and durable, synthetic or delicate programme. A minimum of four hours. It is essential that your duvet or pillow is completely dry so as to prevent the subsequent growth of mould.

IMPORTANT: In order to regain the loft of your duvet and pillow when drying, it is essential to place two or three drying balls in the drum of the dryer.

No customer reviews for the moment. 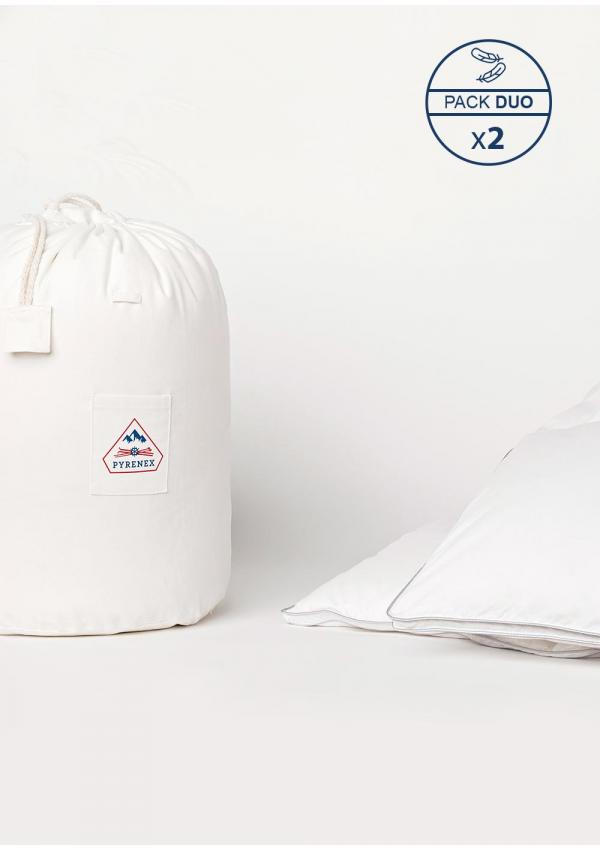 Quick view
Add to Wishlist Remove from Wishlist
Moorea Duo 250 twin pack
WHITE
Pack of two duvets Moorea Duo 250, one in its temperate version and one in light version, filled with French goose down
€678.00 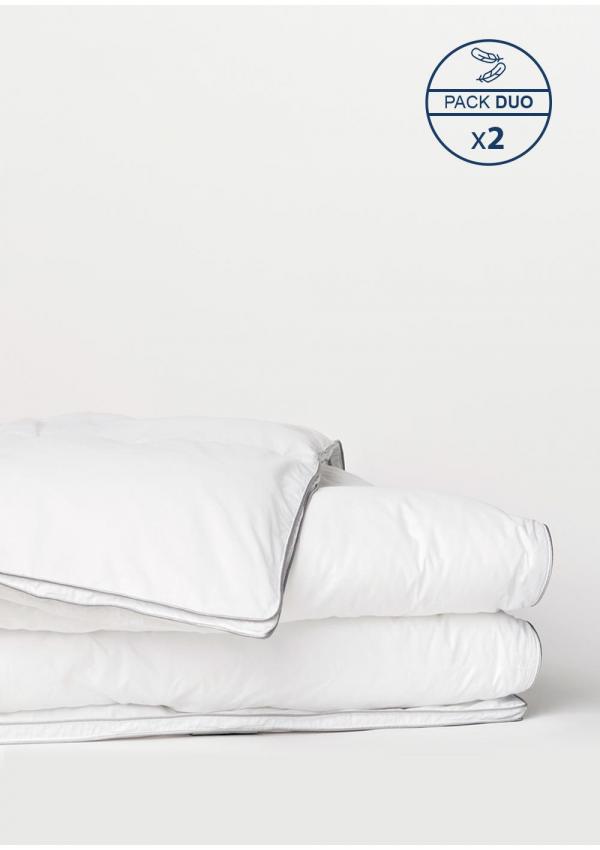